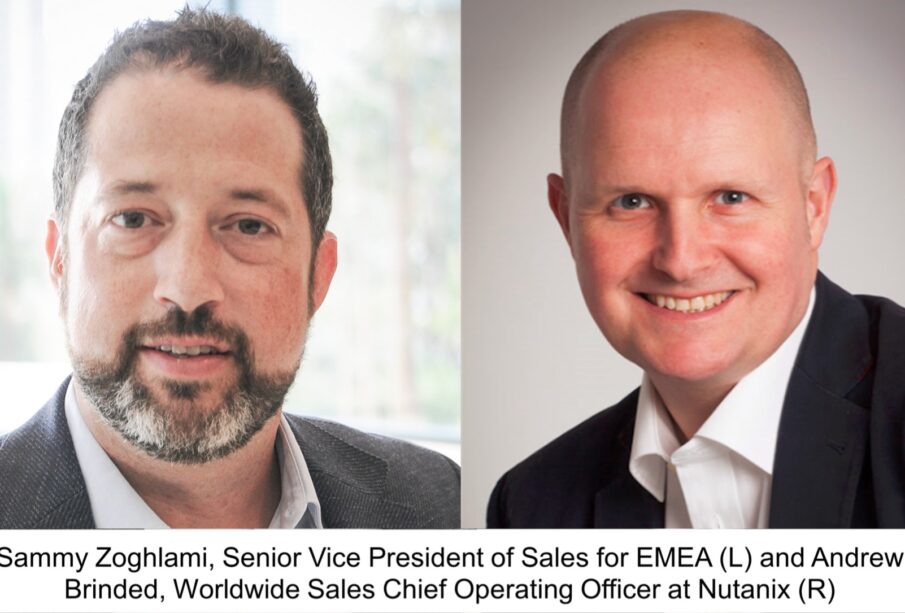 Nutanix, a leader in hybrid multicloud computing, today announced a number of organisational changes to its senior leadership team across EMEA.

Sammy Zoghlami will resume his role as Senior Vice President of Sales for the EMEA region. In his role, Zoghlami will continue to lead sales and customer support, strategic business development and strategy, management of Nutanix’s offices and operational teams in each EMEA country, as well as the company’s partnerships, alliances and channel activities.

Andrew Brinded will transition to the role of Worldwide Sales Chief Operating Officer, a role previously held by Dave Gwyn before his move to SVP of Global Customer Success and Inside Sales. In this role, Andrew will be responsible for advancing Nutanix’s strategic agenda, driving the implementation of its major initiatives and overseeing administrative and operational activities in support of organisational priorities.

As a veteran technology executive,  Brinded is well versed in the complexities of global sales, go-to-market strategies and customer satisfaction. He has a proven track record of developing innovative business strategies, maximising growth and identifying and cultivating leaders.

Commenting on the structural changes, Chris Kaddaras, Chief Revenue Officer said: “Sammy’s return to Nutanix comes at a time when the company is enjoying even more interest from customers and partners alike. With his skill set, he is well placed to help maximise this as well as all of the emerging opportunities, having already played an integral role in the company’s growth in Europe. As a supremely effective and popular leader with our customers, partners and employees alike, Sammy is ideally suited to fast-tracking the next stage in Nutanix’s evolution. I would also like to congratulate Andrew, Jake and Davud on their new roles and I look forward to seeing them successfully apply their skills, experience and talent to them, both now and in the future.”